Tax Cuts and Jobs Act Of 2017: What to Do Before Year End

How to Maximize deductions that are soon going away 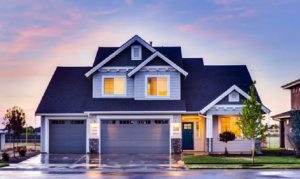 The final version of the Tax Cuts and Jobs Act was released last Friday and is widely expected to be signed into law this week. The new law includes a lot to like for families, as most of us will see a reduction in taxes (at least until sunset provisions hit in 2025).

Most individual tax brackets were reduced by a few percentage points, with a new top rate of 37%. In addition, corporate tax rates have been cut to 21% from 35%, and small businesses can qualify for a 20% income deduction.

The tax bill’s impact on the economy and personal tax planning will continue to play out over the coming years. However, there are a few ways you might be able to lower your next tax bill by taking simple action before December 31, 2017. As always, check with your tax advisor before making any decisions.

Maximize deductions that are going away

The new law puts a $10,000 cap on State & Local Income Tax and Property Tax deductions. This is the combined total of these items, meaning that if you live in state with income tax and own property, chances are good you will be losing some deductions next year.

As the country digests the new tax bill there will likely be many more longer-term planning opportunities to consider. But with a major piece of tax legislation likely to be signed with less than two weeks before the new year, consider the above options as your way to take advantage of the new rules now.

Windgate does not provide tax advice. Consult your professional tax advisor for questions concerning your personal tax or financial situation.  All investments carry some level of risk, including the potential loss of principal invested.

Information here is obtained from what are considered reliable sources; however, its accuracy, completeness, or reliability cannot be guaranteed.