Tax Strategies for a Windfall Year

Lower your taxes after selling a business, receiving a major bonus, or receiving other windfall. 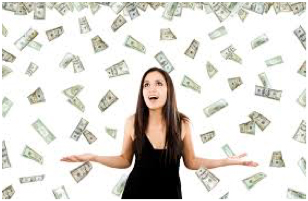 If you’ve sold a business or received windfall income this year, congratulations – chances are you are intelligent, ambitious, and well organized. Now the bad news: you’ll need to apply those skills, and more, to manage this money and keep it working for you. “More money, more problems,” as the saying goes, and your first problem is going to be taxes.

Taxpayers with unusually high income in a given year, such as those who sold a business, received a major bonus, or exercised options, may suffer a sticker shock when they realize how much of their windfall will be lost to taxes. Yet tax planning, which should be comprehensive and done with the help of a tax advisor, can provide valuable opportunities to pay less tax. One such strategy is as basic as simply shifting the timing of your tax payment.

In some situations, paying state taxes early can produce tens of thousands of dollars in tax savings.

Generally, most people don’t pay taxes until they have to, in April or October of the following year. After all, why hand over money until you absolutely must? If you live in a state with income tax, such as Illinois at 4.95%, the answer is the timing of your state income tax deduction. Remember that those who itemize can deduct state taxes from their Federal tax return. And while states don’t require the funds until the following April, they are deducted from income in the year in which they are paid.

Let’s say for example, an Illinois taxpayer earned a $1,000,000 windfall in 2019 and they don’t expect this level of income in future years. The tax bill for the state alone will be $49,500! That’s a significant sum, but it’s also a significant deduction – one you want to utilize in your higher-earning year, when your tax rates would be at peak levels (37%). (After 2018’s Tax Cuts and Jobs Act (TCJA), the State and Local tax deduction is now limited to $10K).  The simple strategy here is to estimate your taxes early and write your state income tax check in the same year as your windfall. Don’t wait until next April, or this deduction might be wasted against a much lower tax rate when your income returns to normal.

Another tax strategy for a windfall year is to maximize your charitable contributions through a donor advised fund.

For those who are already charitably inclined, a donor advised fund can be an outstanding way to donate a large sum of money and reap an immediate tax benefit.

A donor advised fund allows you to donate assets to charity today – and receive a tax deduction now – even though the money doesn’t have to be granted to the charity until sometime later. Taxpayers can “front load” charitable contributions during a high-income year to maximize the value of the tax deduction, and then use the portfolio of assets to distribute gifts over time. In the meantime, assets inside the donor advised fund grow tax-free.

The benefit of contributing to a donor-advised fund in a windfall year is that the tax deduction is worth more in a year when you are in a higher tax bracket. Someone pledging to make ongoing charitable contributions, for example, can use a donor advised fund to get the entire charitable deduction at a top rate, even while they are giving money to the charity in future years when their income (and tax bracket) is less.

If you are fortunate enough to find yourself enjoying a windfall year, make sure to think and plan ahead. You can potentially lower your tax bill and keep more of you income to yourself and your preferred charities.

Windgate does not provide tax advice. Consult your professional tax advisor for questions concerning your personal tax or financial situation.

Data here is obtained from what are considered reliable sources as of 3/31/2019; however, its accuracy, completeness, or reliability cannot be guaranteed.

Don’t wait until next April to plan for taxes: reasons why it’s a good time to begin planning with your advisor and CPA now.
Read More